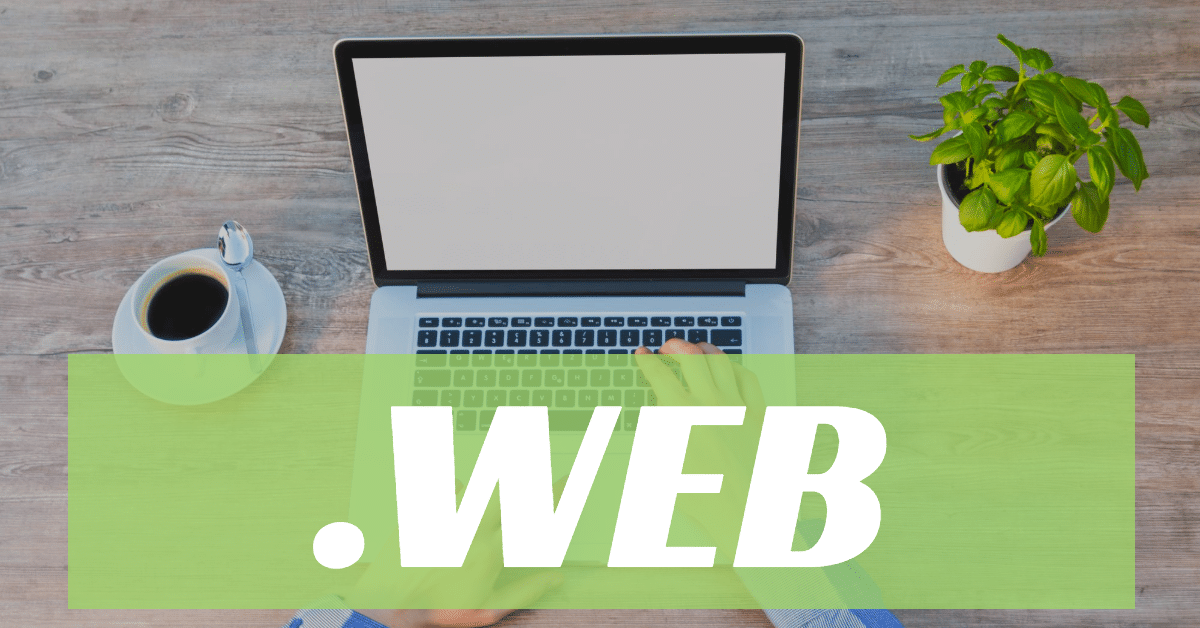 This week, ICANN published a series of letters related to the fight for the .web.

The quick backstory: A company called Nu Dot Co won the bid to run the .web top-level domain for $135 million. Verisign (NASDAQ: VRSN) reached an agreement with Nu Dot Co before the auction in which it would fund the auction and then Nu Dot Co would assign the name to Verisign. Afilias (now Altanovo Domains) was the second highest bidder and complained about the deal. He finally asked for an independent review. The review board referred the matter to ICANN, informing it that it needed to determine whether Nu Dot Co’s agreement with Verisign violated the new TLD rules.

This is where the problem lies today: ICANN must determine whether the agreement was in accordance with the rules or not. The board passed a resolution on this at a meeting in January and is gathering data to make a decision.

On February 11, Altanovo sent a letter to ICANN and its Board of Directors complaining about the wording of the resolution and the posted rationale. He sent a second letter on February 18 complaining about language regarding .web in a Verisign SEC filing. ICANN’s outside counsel, Jones Day, returned an (unpublished) memo to Altanovo’s counsel claiming he violated Rule 4.2 of the Model Rules of Professional Conduct by communicating directly with ICANN rather than with his lawyer. Altanovo’s attorney said that was rubbish and that he only resorted to sending letters directly to ICANN because Jones Day had not responded to his previous letters . Then the lawyer for Nu Dot Co and Verisign sent a letter claiming that Altanovo was trying to influence the community and the ICANN Board with his public letters and demanded that the letters not be published because they contained confidential information. Jones Day sent a letter disputing Altanovo’s claims and saying he would publish the letters with redactions.

It’s like a spat on an elementary playground where everyone takes each other’s words out of context, only in this case they’re using much bigger words.

Here is an example from the first letter of Altanovo:

We note that in a recent earnings call, Verisign expressed no doubt as to how ICANN will resolve this issue. Verisign – again, a non-candidate for .WEB – told the investing public:

“With the rejection of Afilias’ application and the reaffirmation of the panel’s final decision, these hurdles are now removed, and ICANN seeks to move forward with decision-making on the delegation of .web, and we will watch their treat. As we said before, we look forward to becoming the .web registry operator and establishing [it] alongside .com and .net as an additional operation for businesses and individual end users worldwide. »

These comments from Verisign CEO and Chairman Jim Bidzos suggest to us that he either hasn’t read the IRP panel’s final decision, or that he has information that we don’t. We
also note that while Verisign may be able to “monitor[ ]ICANN’s “process”, Altanovo is not. We have written to the ICANN Board specifically to ask when and how
the Commission will proceed with the “first instance” decision-making process, in accordance with the final decision. We haven’t had a response.

Altanovo insinuates that Verisign has some kind of internal track to monitor the process. But on the same conference call, Verisign said it monitors publicly available information and analysts can monitor it the same way it does.

Altanovo isn’t the only party picking words selectively as all sides trade barbs. They all have valid points, but it’s hard to find them when they’re buried under stuff that makes you roll your eyes.

If one thing is certain, it’s that we won’t see the .web for a while. If ICANN awards the domain to Nu Dot Co (and thus Verisign), Altanovo has threatened further legal action.

2022-03-10
Previous Post: Windows 11 gets tabs in File Explorer
Next Post: File your taxes for free with United Way