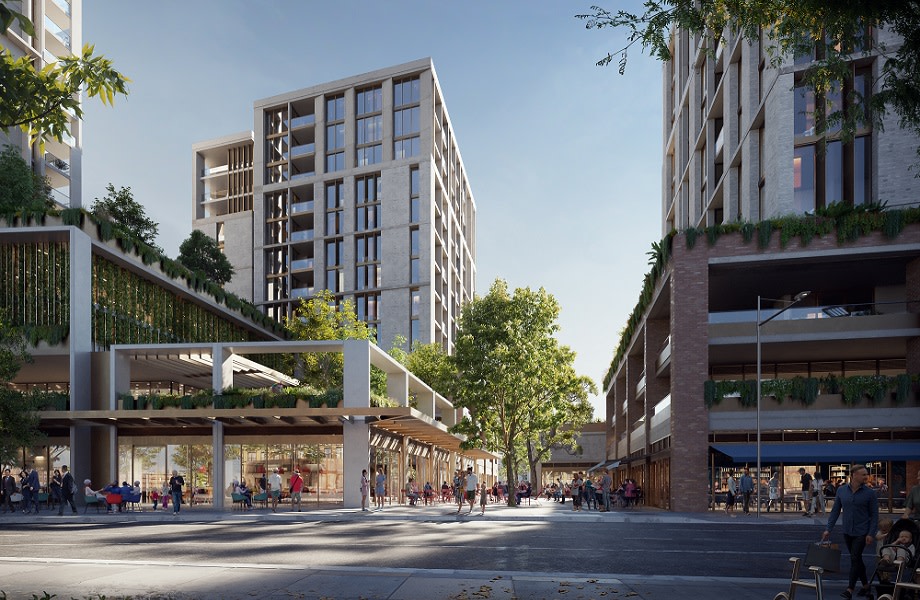 St Hilliers and First Point Property have filed plans for the final stages of a $450 million transit-focused neighborhood in North Penrith.

Plans designed by Crone Architects show 553 apartments and a 6,000m² commercial and retail development to be built over two stages in Thornton, next to Penrith station in western Sydney.

It is part of the 40ha planned community by Landcom, a 10-year project to transform a disused MoD site.

St Hilliers and First Point Property have already completed 540 apartments and a hotel in the community over the past six years.

The final two stages would be built on a 1.1ha site and include an urban plaza with a 1600m² supermarket, day care centre, medical centre, outdoor cafes and restaurants.

There are also four residential towers ranging from 9 to 27 storeys, cross-site connections to the train station, and a public realm with a “connection to the country” type design and landscaping.

St Hilliers Development Director, Justyn Ng, said the proposal was a stove of excellence and built on best practice in design, innovation and technology.

“Currently there is no retail and commercial node in the Thornton side of the station,” Ng said.

“Residents of Thornton have to walk or drive significant distances to get to the nearest supermarket to meet their daily needs.”

“Apartment living responds to changes in buyer expectations as we have the ability to leverage what has worked best in previous stages of Thornton Central,” Landes said.

The final development sites within the community of Thornton were sold by Landcom in December 2021 to Urban Property Group.

The three lots totaling 8280m² will see around 240 homes built alongside retail and commercial space.