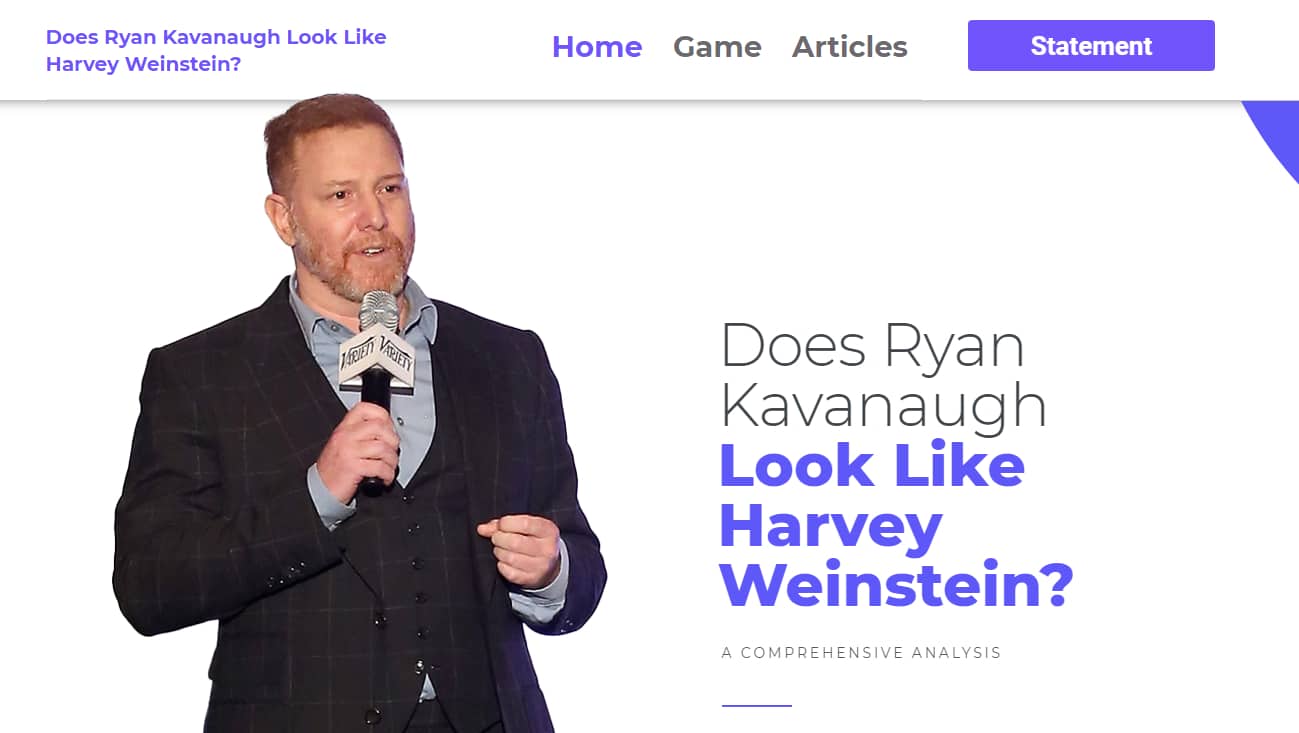 Kavanaugh’s new arguments do not convince the panel.

Ryan Kavanaugh lost a UDRP he filed to take down this website.

Klein created a website at doesryankavanaughlooklikeharveyweinstein.com that compares Kavanaugh’s appearance to that of the disgraced Weinstein and discusses Kavanaugh’s history, including the drunk driving charges.

Kavanaugh made new arguments in the UDRP he filed to try to have the domain taken down. For example, he argued that both parties are in the entertainment space, so they are competitive, and thus Klein benefits from Kavanaugh’s brand. He also argued that the website was created for commercial purposes as it embeds one of Klein’s YouTube videos and earns money when ads are shown on the videos. The video in question showed Klein criticizing Kavanaugh.

Kavanaugh also argued that Klein’s site on Kavanaugh receives more traffic than his own site. Not only was this based on a third-party site data system, but it likely just shows the weakness of the complainant’s brand.

Finally, Kavanaugh did not say which of the items on Klein’s website were not true. Anyone who writes about controversial topics is used to hearing people claim their site is defamatory or slanderous, but when they ask which one is wrong, they never get an answer:

The panel ruled in favor of Klein on the issues of legitimate rights or interests and bad faith registration and use. He did not formally determine whether the domain was similar to Kavanaugh’s brand. However, two of the panelists believe there was no confusing similarity as it’s clear Kavanaugh isn’t exploiting it.