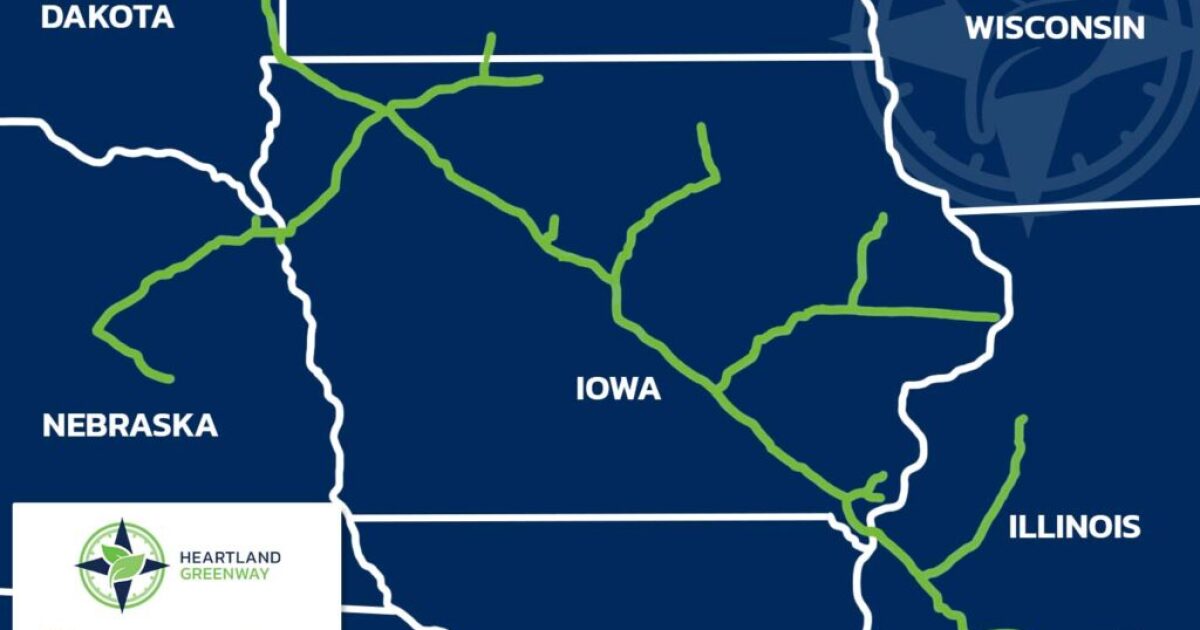 Citizens Against Heartland Greenway Pipeline has filed its formal opposition to the carbon capture project with the Illinois Commerce Commission.

President John Feltham grows corn and soybeans on the Knox County farm his family has owned for more than a century.

Feltham is concerned about possible property damage caused by the pipeline. He said people should not be fooled by the name of the business – Heartland Greenway.

“This is strictly a business venture. These folks are not planning to build a 1,300 mile linear park with bike paths, picnic tables and play equipment for the kids,” he said. -he declares.

“They are here to make money and they are now looking for a prominent domain authority in Illinois to take land from any reluctant landowner who gets in their way.”

“All human systems fail. And if a carbon dioxide pipeline fails and you live too close to it, you can be defeated and killed in your sleep without ever waking up,” Feltham said.

Heartland Greenway acknowledged that the material can become asphyxiating if released from the pipeline. The company said it strives to work with local EMS teams to ensure they are properly trained and equipped to deal with an emergency.

The project calls for capturing carbon dioxide in five states, primarily from ethanol plants. It would then be pumped underground to a storage site in Christian County, central Illinois. It would cross western Illinois and southeastern Iowa.

Feltham said a pre-hearing conference is scheduled for Thursday, September 1. He said that is when the timeline for ICC proceedings will be set.

Citizens Against Heartland Greenway Pipeline is a non-profit group formed so opponents of the pipeline can pool their money to pay for legal services.

“The cost of legal proceedings before the Illinois Commerce Commission would be prohibitive for most individuals. Thus, the only realistic way for people who own farmland, residential property, or who simply live near the reasonably able to afford legal fees is to pool their money with others who are in the same situation,” Feltham said.

Tri States Public Radio produced this story. TSPR relies on the financial support of our readers and listeners to provide coverage of the issues that matter to West Central Illinois, Southeast Iowa and Northeast Missouri. As someone who enjoys content created by TSPR’s news department please consider making a financial contribution.