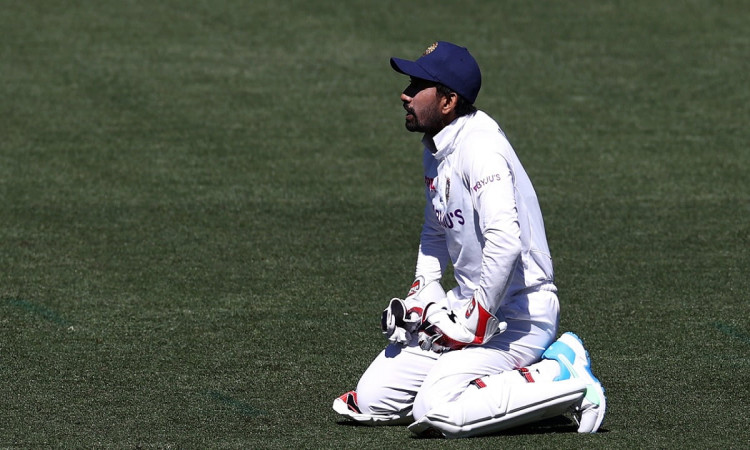 In what can be called another twist in the story of the latest Wriddhiman Saha controversy, the journalist – Boria Majumdar – is set to file a defamation suit against the Indian porter.

Majumdar posted a video on social media where he alleged that Saha faked the WhatsApp chat screenshot and told “his side of the story”. The ‘respected journalist’ said while it was true he was ‘disappointed’ that Saha didn’t show up for a pre-scheduled interview, he never threatened the Indian wicket-keeper or any other player .

There are always two sides to a story. @Wriddhipops doctored and tampered with screenshots of my WhatsApp chats which damaged my reputation and credibility. I asked the @BCCI for a fair hearing. My lawyers serve @Wriddhipops a defamation notice. Let the truth prevail. pic.twitter.com/XBsiFVpskl

Saha on February 19 shared a screenshot of a WhatsApp chat in which an anonymous reporter asked her for an interview and when it didn’t happen, continued saying, “You didn’t call “I’ll never interview you again. I don’t take insults kindly. And I’ll remember that. It wasn’t something you should have done.”

After all my contributions to Indian cricket, this is what I’m faced with from a so-called ‘respected’ journalist! That’s where journalism went. pic.twitter.com/woVyq1sOZX

On March 5, Saha met with a BCCI committee investigating the matter and named the journalist before them.

“I told the committee everything I know. All the details I shared with them. I can’t tell you much at the moment. BCCI asked me not to tell the outside… of the meeting because they will answer all your questions,” Saha told reporters here.