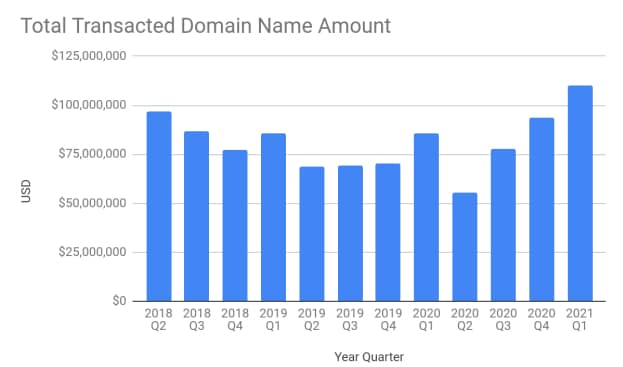 I reached out to Escrow.com about last quarter’s report and was told volumes are so low that medians are bouncing like crazy. In this case, if they do not have sufficient transaction volume to publish a meaningful report, they should not publish the report.

One way to try to make sense of the chart is that wholesale transactions dominated until the first quarter of 2018, but since then most transactions are end user sales in the six digits.

Changing a transaction can drop the median sale price from $ 10,000 to $ 300,000. Without more transaction information, such as number of transactions, range, mean, and standard deviations, simply posting medians can be more misleading than informative.