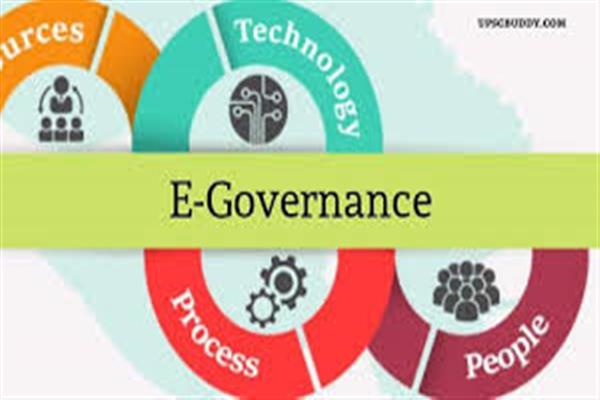 SRINAGAR, APRIL 10: (KNS) The J&K government is promoting accountability and has improved the public service delivery system with the adoption of e-office, a streamlined, responsive, efficient and transparent paperless work culture across all departments.

With the implementation of the electronic office, the file elimination rate reached a record level of 96%. 305 department heads are now on e-office. The electronic files are accessible to all officials, wherever they are.

J&K is the #1 UT in electronic office file disposal/utilization. Currently, 180 services are online and are linked to a feedback mechanism. All heads of departments have been put on the e-office portal while the “Annual Performance Reports” of JK Administrative Services Officers (JKAS) have been moved to online mode on the SPARROW portal.

After the implementation of the electronic office system at J&K, no physical or dak files are kept at the Civil Secretariat. This system has improved the delivery of public services to citizens and brought greater transparency in the operation of government services.

In addition, J&K’s Integrated Grievance Handling and Monitoring System (JKIGRAMS) was developed as an e-governance initiative to provide a 24/7 platform to citizens for the resolution of their grievances. The JKIGRAMS portal has been integrated into the Central Government’s Centralized Public Complaint Handling and Tracking System (CPGRAMS).

Under the “Mulaqaat Program,” citizens can interact directly with the Lieutenant Governor to seek redress for their grievances that have been filed on the JK Grievance Portal.

In addition, a “Departmental Vigilance Officers Online Portal” has been developed as a communication channel between the Anti-Corruption Bureau and the Departmental Vigilance Officers stationed in different departments and districts. Other measures of this system include an electronic vigilance clearance system to provide vigilance clearances electronically or online to all government employees.

In addition, electronic filing of property declarations by employees via PRS-Portal has been made mandatory to bring transparency across all departments.

In a bid to establish citizen-friendly and corruption-free governance, JKGAD has also launched the “Satark Nagrik” app through which any ordinary citizen can submit complaints online to the Anti-Corruption Bureau (ACB). .

Giving a big push to end-to-end digitization of services, J&K became the first UT to launch the Rapid Assessment System (RAS). The RAS has a user-friendly digital feedback mechanism that enables citizens to provide effective feedback on the services provided to them; via SMS and web link, improving transparency and accountability.

J&K’s current administration focuses primarily on “on-the-spot” grievance redress, instantaneous delivery of goods and services to the masses, and rapid “on-the-ground” execution of people-centered projects, which is observed through the works and exceptional development projects that are currently underway throughout the territory of the Union.

On the instructions of the Lieutenant Governor, the administration of Jammu and Kashmir has completely moved to electronic office, ending the 150-year-old practice of “Darbar Move”, under which the civil secretariat and other ” Moving Offices” operate for six months each in Srinagar and Jammu. The decision saved Rs 400 crores per year.

Meanwhile, to advance the idea of ​​citizen engagement and achieve the goal of “good governance,” J&K became the first union territory to launch MyGov.

MyGov was launched by Prime Minister Narendra Modi on July 26, 2014, with the idea of ​​bringing government closer to the common man by creating an interface for a healthy exchange of ideas and views towards social transformation and economy of India. (KNS)