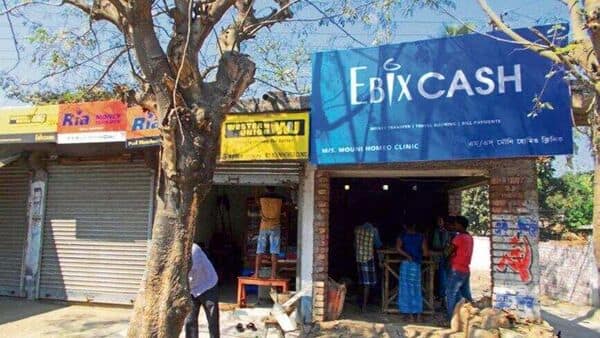 Bombay : EbixCash, the Indian subsidiary of Nasdaq-listed Ebix Inc., will soon file draft documents for its initial public offering (IPO) to raise up to ₹7,500 crore, said two people familiar with the development.

“The IPO will be a brand new equity offering,” said one of the two people quoted above, who both spoke on condition of anonymity. The company is advised by investment banks Motilal Oswal, Equirus Capital, ICICI Securities, SBI Capital, and Yes Securities, he said. The company aims to be listed at a valuation of around ₹37,500 crore, he added.

EbixCash is expected to file its draft prospectus this week, the second person said.

“EbixCash has over 320,000 distribution outlets in India and is a leader in currency and inbound remittances and accounted for $7 billion in foreign exchange per year and $6.5 billion in remittances per year. year in the pre-covid era. It caters to 91% of incoming money transfers for Western Union. In fintech, it has more than 150 lending solution installations, more than 60 AMC customers globally, and more than 32 banking, financial services and insurance customers in India. Its exclusive partnership with MoneyGram has enabled it to handle a remittance volume of $2 billion per year,” the second person said.

EbixCash entered India in 2017 with its purchase of ItzCash from the Essel Group. The company has expanded its business in India through an aggressive inorganic growth strategy. Since entering the Indian continent, it has acquired 26 companies in forex, remittances, education, fintech and travel, among others.

In its travel business, the company has partnerships with global travel agencies such as Travelport and Saber and serves more than 10,000 corporate customers through its Via and Mercury brands.

The company also has a joint venture with BSE to facilitate the sale of last mile insurance in India. Recently, she announced that she would be selling life and health insurance policies for Life Insurance Corp. of India through its network.

EbixCash recently appointed Uma Shankar, former executive director of the Reserve Bank of India, to its board of directors, following the addition of SP Kothari, former chairman of the economic arm of the United States Securities and Exchange Commission, Sunil Srivastav, former deputy managing director of State Bank of India, and S. Ravi, former chairman of ESB, as independent board members.

An email sent to EbixCash did not elicit a response until press time.

* Thank you for subscribing to our newsletter.