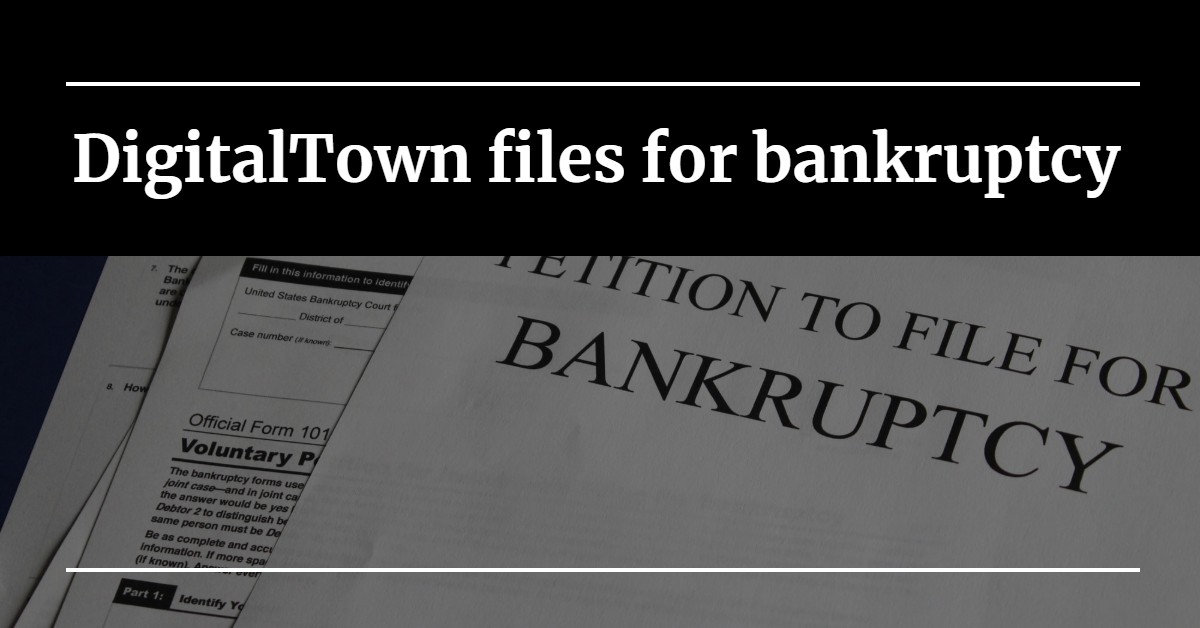 The company tries to reorganize in bankruptcy after the founder resists.

DigitalTown (OTC:DGTW) filed for Chapter 11 bankruptcy after failing to settle with a former CEO.

The company essentially went out of business last year, intending to clean up its balance sheet and re-emerge. She convinced many of her creditors to convert their debt into equity, but the company struggled to come to terms with founder and former CEO Richard Pomije. Pomije won summary judgment in a lawsuit he filed against the company, and Pomije later filed another lawsuit.

Notable creditors in the domain name industry include GMO Registry ($276,000), Whatbox? Holdings ($120,000), Sam Ciacco ($260,000) and Rob Monster ($257,000). Ciacco was brought in to clean up the balance sheet and Monster, who is CEO of Epik, was previously CEO of DigitalTown. The filing also notes that DigitalTown charged NamesCon a sponsorship fee.

DigitalTown owes a total of $3.5 million to creditors.

The company has tried many different business models over the years. His latest initiative was a localized platform backed by a cryptocurrency. The company acquired 13,000 .city domain names to use in conjunction with the local platform.

He never made a lot of money from the local platform. Much of the money he has generated in recent years has come from the odd “domain marketing development bond.” Top-level domain operators would pre-pay DigitalTown’s money which would be used to purchase domain names from the registry at a later date.

2020-10-12
Previous Post: What is a PEM file and how do I use it?
Next Post: Efficient clock domain crossover verification