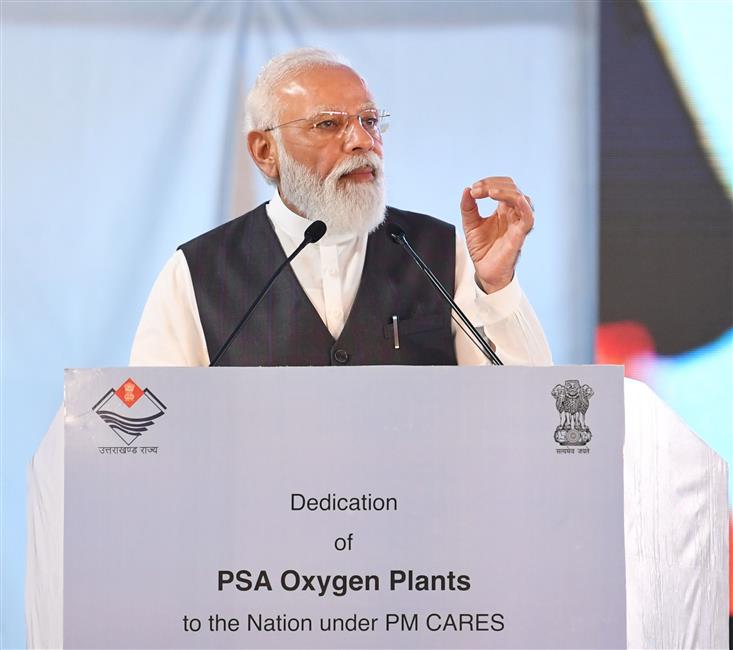 The Delhi High Court on Tuesday took offense to the Centre’s filing of a one-page response on ‘such an important matter’ of the PM CARES Fund on which a motion was filed to declare it a ‘State’ in under the Constitution in order to ensure transparency in its operation.

Observing that the issue regarding the Prime Minister’s Citizens Emergency Relief and Assistance Fund (PM CARES Fund) is “not so simple”, the High Court asked the Center to file a “detailed and comprehensive” in this regard.

“You filed a response. An answer page to such an important issue? Nothing beyond that? Such an important issue and a one page answer. There is not even a whisper of what the lead attorney (for the petitioner) is arguing. You file an answer. The question is not so simple. We want a detailed response,” said a bench consisting of Chief Justice Satish Chandra Sharma and Justice Subramonium Prasad.

The High Court was informed by counsel for the Center that a detailed response had already been filed in a similar petition by the same petitioner.

Solicitor General (SG) Tushar Mehta, representing the Centre, said that all these points raised by the petitioner are relevant to be decided.

The Chief Justice replied ‘has been informed that SG has left a proper comprehensive response to be filed as this case will certainly go to the Supreme Court and we must decide and render judgment and deal with all issues raised’.

The bench said: “That a detailed and comprehensive response be filed in four weeks. The rejoinder, if any, must be filed within two weeks. List September 16.

The High Court had previously notified the Center of the application. Another motion filed by the same petitioner in 2020 seeking to declare PM CARES a ‘public authority’ under the Right to Information (RTI) Act is also pending in court which previously requested the response from the Center on this.

In support of his claim that the PM CARES Fund is a ‘State’, the petitioner said it was established by the Prime Minister on March 27, 2020 for a noble purpose, namely to provide assistance to Indian citizens in the aftermath of the public health emergency – the ongoing COVID-19 pandemic. The trustees of the fund are the Prime Minister, Minister of Defence, Minister of Interior and Minister of Finance, and immediately after the establishment of the fund, the Center through its senior government officials stated that the fund had been created and managed by the government.

“The depictions also included the use of government resources such as the use of the domain name ‘.HYPERLINK “http://gov.in”ngov.in’, the state emblem of India and the name ‘Prime Minister’ and its abbreviation on the PM Cares Fund website and in other official and unofficial communications.” In addition, the official address of the PM CARES Fund has been declared to be the South Block of the Office of the Prime Minister, New Delh,” he said.

“The petitioner does not attribute or even allege any wrongdoing on the part of the current ex-officio administrators of the PM CARES Fund. However, given that the Trustees of the PM CARES Fund are senior government officials, it is essential that the checks and balances contemplated in Part III of the Constitution be put in place on the operation of the fund to extinguish any possibility of allegations of ‘ quid pro quo’,” it said.